The UK military: What rights, what rules? 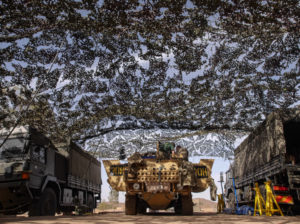 I help decision-makers to find and implement effective policy, and journalists to produce material with a lasting impact.

My name is Philippa Tuckman. I have spent over a decade investigating the conditions in which soldiers live and work, and putting my findings into context for the media, the public and politicians.

As a lawyer I represented hundreds of service men and women who had been injured in the course of their duties, whose medical care had been inadequate or wrong, or who had suffered assault and discrimination at the hands of those who should have been their friends and mentors.

This work allowed me to see the trends and tendencies that cause unnecessary military injuries.

I gave evidence as part of the legal panel to the Commons Defence Committee inquiry Beyond endurance? Military exercises and the duty of care and I submitted to An acceptable risk? The use of Lariam in the armed forces.

I have written, appeared in and been consulted on many items in broadcast, print and digital media about the rights of military personnel. I have a special interest in issues of open government and accountability.

I am a solicitor (non-practising) with an extensive network of contacts and a writer, a past Chair of Forces Law and current member to Liberty’s Policy Council.